Archives and Absence
Reading for the shadows; counter-archives; black boxes;
the erased, the lost and the forgotten 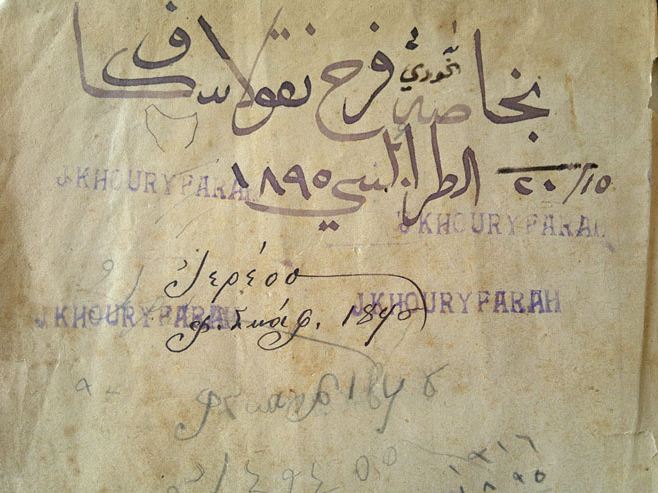 The Archiving Around Absence strand at the conference will include the following:

KEYNOTE by Ann Cvetkovich, drawing from her forthcoming book The Queer Art of the Counter-Archive

Inside the Black Boxes: Archives and Erasures, with Douglas Cox & Ramzi Kassem on the National Security Council as a FOIA black box; Joshua Craze on the aesthetics of redaction; Melinda Hunt on the forgotten graves of Hart Island; Alexander Manevitz on the cemetery displaced by Central Park; Voichita Nachescu on the troubled history of the archive of the National Alliance of Black Feminists; and Hana Sleiman on the curious fate of the PLO Research Center archive. Moderated by Allen Feldman. Friday at 1:50 pm (Cantor 102)

The Queer Art of the Counter-Archive, with Harrison Apple on 'Lucky After Dark' and retracing the lost histories of Pittsburgh in the 1990s, Andy Campbell on 'Clubs That Don't Exist Anymore' and Viola Johnson's pin sash; and Ryan Conrad of Against Equality on the counter-marriage movement. Moderated by Carlos Motta. Saturday at 10:50 am (Cantor 101)

Archiving Palestine, reports on the current status of historical Palestinian archives from members of Librarians & Archivists to Palestine, with Grace Lile, Mezna Qato, and Maggie Schreiner, moderated by Rachel Mattson. Saturday at 10:50 am (Cantor 102)

Diasporic/Decolonized Archives, with Isabel Alfonso and Susan Lord on the archives of Havana cosmopolitanism, Vivek Bald on documenting the undocumented in South Asian American history, John Bradley & Shannon Faulkhead on living archives in indigenous Australia, Rosie Kar on tracing the legacy of the Ghadar party, and Grace Sanders on the Haitian oral history archive, Vua Fanm. Moderated by Dean Saranillio. Saturday at 11:55 am (Cantor 101)

Spectral Archives, with Tina Campt on 'The Fugitive Touch of Archival Photography' in convict photographs from early 20th-century South Africa, Anne McClintock on 'Imperial Ghosting' and the persistence of 'Indian country' as a place-non-place in the war on terror, and Deborah Thomas on 'Visual Anthropology and State Violence' and how time governs both the appearance and reception of visual ethnographic archives. Respondent TBA. Saturday at 3:10 pm (Cantor 102)